Learn how to be used by God by giving your time, talents, energy, and offerings so that others at home and overseas can learn about Christ Jesus.

How do you give of yourself for the Lord’s work?

Ministry is the word most often used to identify the work of Christian clergy. In its biblical sense, however, a ministry is a more comprehensive term that properly denotes the work of the whole church, the body of Christ in the world. Ministry is what the church does in obedience to the commands of her Lord.

Our English word ministry is commonly used to translate several words in the New Testament, denoting service or ministry and its related forms. To serve or to minister is used about 100 times and references most basically the humble service one person renders to another. In New Testament times it was often the work of a servant who waited tables or fulfilled other menial tasks.

Jesus—the Model for Our Ministry

Ministry in the New Testament is taught and modeled by Jesus Christ and can never be understood or realized apart from Him. Therefore, a biblical study of ministry may properly begin with the life and teachings of our Lord as presented in the New Testament.

Ministry is incarnational. In Jesus of Nazareth, God came to dwell among human beings. The Gospel of John affirms, “The Word became flesh and made his dwelling among us” John 1:14 KJV. Matthew’s designation of the virgin-born Jesus as “Immanuel … ‘God with us’” Matthew 1:23 KJV teaches much the same. The Son of God took upon himself full humanity in order to draw near to His human creatures and secure their redemption through the atoning sacrifice of the Cross. As Paul expressed it, “God was [in Christ] reconciling the world to himself” 2 Corinthians 5:19 KJV.

Ministry is kerygmatic. Drawn from the noun “proclamation”, this term highlights the central place of the preaching of the gospel. Nowhere is this more evident than in Jesus’ Nazareth sermon, “The Spirit of the Lord is on me because he has anointed me to preach good news to the poor. He has sent me to proclaim freedom for the prisoners and recovery of sight for the blind, to release the oppressed, to proclaim the year of the Lord’s favor” Luke 4:18-19 KJV.

Ministry is carried out in the power of the Holy Spirit. The Gospels strikingly depict the descent of the Spirit upon Jesus at the outset of His ministry, immediately after His baptism and before His public activity Matthew 3:16 KJV; Mark 1:10 KJV; Luke 3:22 KJV; John 1:32 KJV. Peter described this event as an “anointing” which empowered Jesus for His work: “After the baptism that John preached … God anointed Jesus of Nazareth with the Holy Spirit and power, and … he went around doing good and healing all who were under the power of the devil, because God was with him” Acts 10:37-38 KJV. Not infrequently Jesus himself referred to the power of the Spirit at work in His miracles Matthew 12:28 KJV; Luke 4:14-18 KJV.

Ministry is humble service. In counteracting the self-serving instincts of the disciples, Jesus pointed to the nature of His own ministry: “Even the Son of Man did not come to be served, but to serve, and to give his life as a ransom for many” Mark 10:45 KJV. Luke also reports Jesus’ words, “I am among you as one who serves” Luke 22:27 KJV. Nowhere is Jesus’ attitude better illustrated than at the Last Supper where He chastened His competitive followers: “Now that I, your Lord and Teacher, have washed your feet, you also should wash one another’s feet” John 13:14 KJV.

Ministry is shepherding. Jesus depicted himself as a faithful and caring shepherd who knows each of His sheep and leads each out to water and pasture (cf. John 10:1-18 KJV). Never abusing or exploiting, the Good Shepherd interposes His own body between the sheep and all dangers. Repeatedly Jesus made the point, “The good shepherd lays down his life for the sheep” John 10:11-18 KJV. Elsewhere in the New Testament He is called the “great Shepherd” Hebrews 13:20 KJV, “the Shepherd and Overseer of your souls” 1 Peter 2:25 KJV, and the “Chief Shepherd” 1 Peter 5:4 KJV.

The ministry of Jesus culminated in His death which He willingly suffered as a substitutionary offering for the sins of humanity Matthew 26:28 KJV; Mark 10:45 KJV. He gave himself, in life and death, for others.

How to get to Cherry-Carson 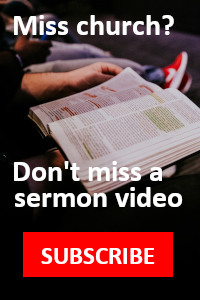